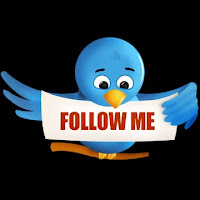 That Twitter thing is here to stay. Are you still among the "Twitter-ain't-for-me" crowd? It's becoming a critical part of fandom. Members of the media use it to share important updates instantly, bloggers use it to inform their readers when a new article or interview is available and everyday folks use it to communicate about, and track, their favorite sports teams. Twitter is becoming the premiere manner to communicate instantly about the latest happenings in sports.

Today, 1BlueJaysWay brings to you the top 12 must-follow Toronto baseball Twitter feeds. Check it out below.


12- Us @1BJW
We're too great to not include ourselves. However, I thought it best to play it cool and rank our account high on the list, so as to avoid any accusations of favoritism or special treatment or nepotism. I mean, psssh...whatever.

11- Andy Mc @AndyMc9293
Andy is a fan with plenty of intelligent opinions. Think that sounds like you? Andy will probably disagree and tell you all about it. He's not a bed, so don't sleep on him.

10- Toronto Sports @SportsToronto
This feed provides a steady stream of links and news. As there are loads of accounts that post endless links, I chose just one such account to list and this is the lone link loader that made the cut. During the summer, Toronto Sports provides the non-stop Blue Jays updates that you need.

9- Fake Cito Gaston @FakeCitoGaston
The feed provides comedic updates from an imposter Cito and 1BlueJaysWay loves it! If internet marriage existed, I might put a ring on Fake Cito.

8- Bob Elliott @elliottbaseball
Bob is a Toronto baseball columnist who would be ranked higher, if not for his reliable infrequency of tweeting efforts. Inside knowledge and expert opinions are the main attraction here. It's true times two.

7- Ryan the Jays fan in NY @ADKSHerpa5344
Ryan W. is an insightful fan, who regularly offers his input on team news, has ties to team history and roots for the Blue Jays from deep in enemy territory...New York. This Twitter feed is so smooth that jazz musicians should make songs about it.

6- Navin from Globe Sports & Sports and the City @eyebleaf
Navin is a blogger, who posts updates with the enthusiasm of a youthful fan. His blog work is also noteworthy, if for nothing else than his road trip to all 30 ML ballparks. That's so baller that Lebron James and Chris Bosh thought about signing to play for him.

5- Drunk Jays Fans @DrunkJaysFans
A must read blog results in a must read Twitter feed. The Drunkards always keep it real...funny. Don't miss any of their work by staying connected! Drunk Jays Fans is the Return of the Jedi of Twitter feeds, if by Jedi you mean "tremendously cool baseball content".

4- April W of JayProspects.com @Alleycat17
She's on point with her input, critique and thoughts on all things Jays. If you wanted an internet pal to chat baseball with, "AlleyCat" is just the right gal. Her intensity as a fan and efforts as a blogger elevate April into the top tier of Canadian baseball tweeters. AlleyCat17 is the I Dream of Jeannie of Twitter feeds, if by Jeannie you mean "a spunky Jays dreamgirl".

3- Blue Jay Hunter @BlueJayHunter
Ian runs one of the best Toronto baseball blogs on the planet and provides solid opinions in brief fashion to the tweeting public. Need news? Need humor? Need Blue Jays? This is where to get those things! I often feel like BlueJayHunter is my dishes, since I'm always arguing with my lady about who should do them after dinner.

2- Shi Davidi @ShiDavidi
Shi is the beat writer for The Canadian Press. Insider news on your Toronto Blue Jays is his job. Nothing gets by this guy. Plus, he's so cool that school nurses all over Ontario place him on injured children instead of ice packs.

1- Jordan Bastian @MLBastian
The top dawg is certainly deserving. Breaking news often hits this feed before any other place. Unique opinions and stats allow this MLB.com reporter to stand out among a group of smart tweeters. Jordan is so hot that I wish that he was a set of drums and I was in Def Leppard, so I could bang him with my stick.


If you do not yet have a Twitter account, get one. And let 1BlueJaysWay be the first to welcome you to the new realm of awesome. Need more convincing? Twitter's logo is an illustration of a blue bird...it's made for you, Blue Jays fans! If you are already on Twitter and don't follow the users on our list, get on it. You are missing out.
Posted by Jay Floyd at 9:00 AM