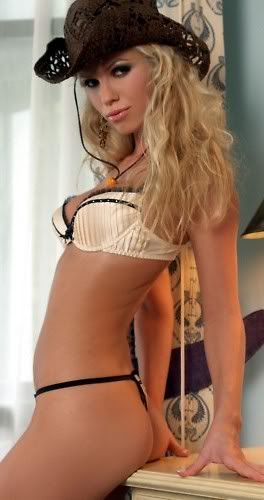 Consider this your required reading for the week.  We got a draft next week.  And we got a shit load of picks.

The Blue Jays and A's are eyeing Michael Choice, Christian Colon and Justin O'Conner, according to Law.

Click on the links for some more details about the players.  Doesn't look like Choice or O'Conner are going to be available at number 11 but hey, it's Klaw so it doesn't have to be totally accurate right?

J.P. Arencibia, C, Toronto Blue Jays (Triple-A Las Vegas)
On a scouting level, there's little not to like about Arencibia. He was a first-round pick in 2007 for a reason, as he's a big, athletic catcher with well-above-average power. An impatient approach has been his undoing at Triple-A, but he's still capable of going on a hot streak, as he's gone 10-for-23 with three home runs over his past five games to raise his triple-slash line to .263/.312/.500. Twelve walks in 160 at-bats isn't exactly a ratio to write home about, but it is a significant upgrade from previous years. Expect the home-run-happy Jays to add another power bat as early as September, as Arencibia remains their long-term answer at the position.

Another catcher of the future type guy.  Another maybe.  Yawn.  Is D'Arnaud ready yet?

Blue Jays president Paul Beeston was perturbed Thursday when he realized that the walk-up for Sunday’s game might be adversely affected by yet another closure of two of the city’s main highways to accommodate the Ride for Heart charity-fundraiser event.
And this after Blue Jays had to relocate a big weekend series against the Phillies to Philadelphia from the Rogers Centre in Toronto because of G20 security concerns at the end of the month,
“We don’t get any breaks no matter what – and I ain’t complaining,” Beeston bellowed over the phone. “But I didn’t realize that both the Gardiner Expressway and the Don Valley Expressway are closed on Sunday.
“It’s hard to have decent crowds when nobody can get there.”

If any of you fine readers are planning on heading down to the Dome to catch the sweep of the Evil Empire take note.  The City of Toronto doesn't view roads as a place for cars anymore.


Courtesy of You Don't Know Dick @ The Star

The Jays didn’t just sneak up on the American League in April and May. They emerged from the shadows armed to the teeth, minus former ace Roy Halladay but swinging the home run lumber with reckless abandon, taking no prisoners, bludgeoning opponents to their knees.
Heading into the third month, the favourites must look north with a renewed combination of fear and respect.
Following Tuesday night’s 7-6 loss to the division-leading Rays, here are both glass half-full and half-empty scenarios: the top five reasons why the Jays might be there all year fighting for a wild-card spot, and five reasons why September will be meaningless other than the annual battle for third.

Dick plays good cop, bad cop.  It's funny but I consider myself a realist when it comes to Blue Jays baseball but even I think something special is going on right now with our team.  It defies logic but it is happening.....

Mike (Samuel) Wilner, who covers the Toronto Blue Jays for the team’s flagship radio station, has been taken off the job for the weekend series with the New York Yankees following a confrontation Wednesday with Jays manager Cito Gaston. The disciplinary action was taken by Wilner’s station, The Fan 590, which is owned by Rogers Communications. Rogers also owns the Blue Jays.
During Gaston’s daily media scrum Wednesday afternoon, Wilner raised questions about the way Gaston had used his bullpen in Tuesday night’s 7-6 loss to Tampa Bay. A brief but tense exchange followed.
Later on his Fan 590 blog, Wilner wrote at length about the exchange, asserting that Gaston had “painted himself into a corner” by using relievers Shawn Camp and Scott Downs too early. Wilner also wrote that Gaston had “belittled” him in front of other reporters.
Friday, Wilner was absent from the game and his usual post-game call-in show. A source close to the situation said management had “benched” him for the weekend. It was unclear when he would return to his post-game show.
“My only comment is that I have the weekend off,” Wilner said in response to an email seeking comment.

Enough has been written and said about this clusterfuck already.  On one hand you have douchebag Wilner and on the other you have past his expiry date The Cito.  Doesn't really matter who you believe because they both will probably (hopefully) be doing something else next year.  I get the issue of censorship angle and what that means to the freedom of press and blah, blah, blah.  But don't you think it's better to save those bullets for an issue that actually fucking matters.  Like naming sources in articles for example.

Bottom line from where I sit: Wilner is a fucking dickhead that thinks he is the story.  And he just got what he had coming to him for a looooooong time.  I commend his friends in the business jumping to his aid in a time of need, that's what friends are suppose to do for one another.  But his angle on the Jays is boring and self serving.  You cannot manage a professional baseball team like you would a fantasy team.

One last thing Mike Samuel: it's called a suspension not a weekend off.