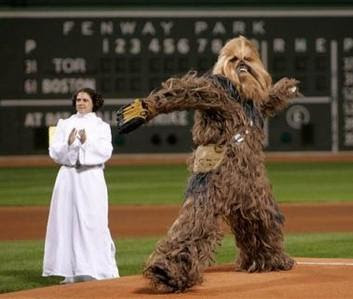 We can't believe this game decides home field advantage in the World Series.  Like it blows our mind that our sport does this.

Anyways, here are some picks that we would like to see in the game.  Keeping in mind that:

He is the leading vote getter currently.  Probably because Target Field is selling out every night and not the fact he is in the mix for a potential triple crown.  But so is Miguel Cabrera.  In this case, we pull out the Canadian connection card and our vote goes to the boy from New Westminster, B.C.  Did anybody else notice his .447 OBP?

We will say this: Mark Teixeira and his .225 average have no business being second in votes ahead of Miggy.  That's just insane.....

Pains us to do it but he is clearly the pick.  Moving right along.....

You know what, we think Adrian Beltre probably deserves it more.  But he is a Red Sox and we say fuck em.

Realistically you could give it to any of the following guys: Mauer, Martinez or Posada.  They are all having somewhat comparable seasons.  But since Mauer is the only one who does not play for our free spending fucking divisional rivals, he gets the nod.

Vladdy is having a hell of a season and looks to be the bounce back player of the year so far.  Playing in that ballpark in Texas must be helping his power numbers a bit, 15 HR 57 RBI, but how do you explain the 4 stolen bases?

What can you say about this guy?  His numbers for this year almost match his numbers for all of last year.....He looks healthy and deserves to be recognized.

Ichiro is doing what Ichiro does.  Second in the league in hits, gold glove caliber defense in RF, stealing bases even though he is "getting on" in years.

Alright, this is a total homer pick.  We could have very easily picked some floater from the White Sox or free agent to be / future Yankee Carl Crawford with this final pick.  And they are both very deserving candidates.

Ever since The Blue Jay Hunter came up with this brilliant idea Ballots for Bautista and we decided to jump on board, well, there is no backing down now.  Bautista just hammered 2 more home runs last night and currently leads the Major Leagues with 20.  He hit a rough patch there for a few weeks and we know he is hitting .232 but.....

Let's put it this way: How the fuck is the Major League leader in home runs not going to be in the All Star game?

A quick side note: We would be perfectly happy if NONE of our pitchers made the roster for this stupid game.  Marcum, Romero and Cecil have good enough numbers to be considered but we would much prefer they use the break to get some rest and come out flying in the second half.