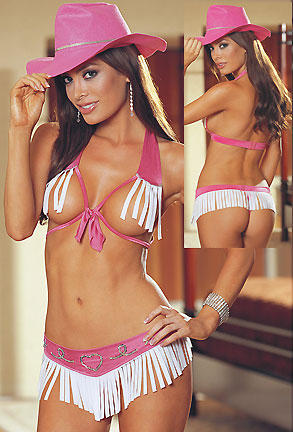 Consider this your required reading for the week.  Bob takes a ROADTRIP.

Click here for the alternate channels depending on your distributor.  The games affected by the change are May 16, 17, 19, 21, 23.

Blue Jays manager Cito Gaston acknowledged on Wednesday that Edwin Encarnacion would likely assume the starting job at third base when he is ready to be activated from the disabled list. "Probably so," Gaston said. "You've got to remember, he's another guy that takes home a pretty good paycheck, too."

Let me start by saying I have E5 in my big money AL only keeper league for 3 bucks.  I need him to play and produce.

It means one of two things will happen.  Both of which probably hurt the team in some way or another.  The Cito will stick Bautista in RF and Snider in LF which means lead off guy Fred Lewis will head to the bench.  Or Bautista could go directly to the bench, pinch hit against lefties late and be a defensive replacement at 3 bag for E5.  This would mean somebody from the bench would be bumped off the roster.  Either Ruiz or McCoy being the most likely candidates.

Adonis Cardona, a pitcher about whom little is known, is a different story. Baseball's rules prohibit teams from signing players Cardona's age until July 2 of the season before their 17th birthday. Signing young free agents out of the Caribbean and Latin America is a murky world populated in part by street agents known as "buscones." The buscones are often former players who work procuring and training talent that is then traded up from the shadows in developing nations into big league feeder systems. In return, they get a percentage of the signing bonuses that can reach several million dollars for top prospects. The deal for Cardona is reported to be around US$2.8-million.
This largely unregulated world produces its share of "nudge, nudge, wink, wink" deals before the signing date. And suspicions can be raised when the buscones seek to protect their assets by limiting or cancelling workouts for other teams, something the scout said may be happening with Cardona.
"Some teams have said he's been difficult to see," he said.

The decision to move was right. The way Jays management arrived at it was sketchy. Score that G20-Fans 0. “Everybody had input into it,” union rep Vernon Wells said of player input into the decision. “When you’re talking about security concerns, our families are (at the Rogers Centre) and the potential of something going wrong, whatever that may be, it’s a smarter and a wise choice to move it.”

Dick is on top of this!  As always make sure to check the comments section.  Not many people disagreeing with him this time so he smashes down half a bottle of rye and musters up the balls to type this shit stain:


Courtesy of You Don't Know Dick @ The Star:

With 48 hours between games, it’s time for Cito to make his first significant lineup change. Fred Lewis lf; Alex Gonzalez ss; Hill 2b; Vernon Wells cf; Lind dh; Jose Bautista 3b; Lyle Overbay 1b; John Buck c; Travis Snider rf.
“I like it,” Hill said when asked about the possible change after the 3-2 victory. “I just know that Adam didn’t want to bat cleanup. But Alex is swinging the bat great. Sometimes the philosophy though is if it ain’t broke don’t fix it.”

You had me scared for a minute there Dick.  I was thinking that maybe, just maybe you had turned a corner and started to write things worth reading.  Thankfully you returned to form.

I would just like to announce that Nerding It Up In Simulation Nation is being cut.  Unless of course anybody cares to say otherwise.
Posted by The Man With The Golden Arm at 1:29 PM