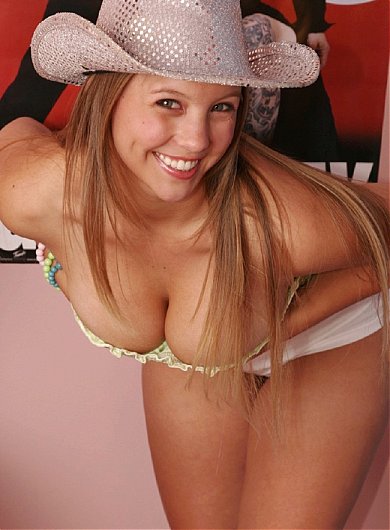 Please consider this your required reading from the week.

Courtesy of The Star:

By finishing April 12-12, have they exceeded expectations, matched them or underperformed?
Is this a team worth watching? Is it one worthy of a city getting off its duff and heading on down to the Rogers Centre to watch?
Crunch the April numbers, run the results through the sieve of experience, add water, heat to boiling and here’s what you get . . . uh, maybes and who-knows.

A great summary of all the numbers you could think of for the first month of the 2010 season.

North of the Border, South of the Mendoza Line: The Blue Jays bash their way out of a five-game losing streak in which they score just 16 runs, 12 in one game. John Buck (.194/.239/.468) homers three times and Travis Snider (.147/.266/.324) breaks out of an 8-for-64 start with two hits and a homer himself. Both are among the Jays' four regulars—Lyle Overbay and Aaron Hill being the others—with batting averages below .200. The offense's woes come whether they hit the ball or not; they're first in the league in strikeouts by a wide margin, and second-to-last with a .261 BABIP.

So Travis and Lyle are just getting unlucky.  Yeah, let's go with that.....

The lessons from week three.

Lyle Overbay is not dead.

In his first 55 trips to the plate in 2010, Overbay went 4 for 50, racking up a horrific .080/.145/.140 line. The calls for Brett Wallace began to get louder, as Overbay was the worst hitter in baseball for a couple of weeks. He’s revived himself in the last week, though, hitting .375/.524/.750, racking up four extra base hits and five walks in 22 trips to the plate.
It’s still unlikely that Overbay finishes the final year of his contract in Toronto, but the Blue Jays will have a much easier time trading him if he is actually hitting the baseball. After a rough start to the season, Blue Jays fans have been reminded that he can actually still do that.

Like I said, we have to play these guys in order to trade them.  We probably don't have to hit them in the five spot though.

Take a look at Romero. Last year he won 13 games as a rookie, and with Roy Halladay gone, he'll need to assume more responsibility as a front-line starter. It is pretty clear that the expectations on him are a little higher. To win that many games as a rookie in the AL East says a lot about who he is and who is he capable of becoming.

He (the Antichrist) mentions Brett Cecil a little bit to in this somewhat decent article.

Manager Cito Gaston said merit will determine membership in the major-league rotation. None of the rehabbing pitchers is guaranteed a promotion.
“If everybody’s going good here, why move them?” Gaston said.
He did acknowledge that Tallet, a converted reliever, could eventually return to the bullpen but said he will remain a starter during his rehab assignment.

The Cito does it his way.  Fuck everybody else.  He knows best.

Drabek, who underwent Tommy John surgery in 2007, said he's glad to be healthy and in control again. He's dominated since returning from the procedure and was among the Phillies' best prospects last season.
"A big [goal this year] was not getting injured," he said. "I felt great last season and was able to pitch to as long as I could and not get hurt. I just want to work a lot on all my pitches to get them consistent."

I think comrade Jay Ballz @ Phoulballz did a better job with his Drabek interview.  Check in with him from time to time.  A lot of great content over there.

Yordy Cabrera, SS-RHP, Lakeland High School, ,Lakeland, Florida
Blessed with all-around tools, Cabrera is a prospect as both hitter and pitcher, but is a bit older than most preps and turns 20 in October. He has good size at 6-3, 220 pounds, with strong power potential and decent enough speed. Opinions were previously mixed on his ability to stay at shortstop, but a decline in range this spring makes it very likely he'll shift to third base or outfield. As a result, his stock has dropped slightly, though he remains a candidate for the later part of the first round. A team with extra picks and a liking for raw tools such as the Angels could be interested, as well as the homestate Rays at slot 31. He has a University of Miami commitment but should be signable in the first two rounds.

Boy Wonder checked this guy out in person during spring training this year.  Remember this name.

Austin Wilson, OF, Harvard Westlake High School, North Hollywood, California     Probably the toolsiest overall player in the high school class, Wilson features excellent power potential, decent speed, and an amazing throwing arm. He's 6-4, 215, and reminds scouts of players like Andre Dawson and Jermaine Dye. He's still somewhat raw as a hitter, but Wilson is extremely intelligent and has a strong work ethic, giving him a good shot at ironing out remaining flaws in his swing. He has a Stanford scholarship and is academically-oriented, giving him plenty of leverage on draft day. Toolswise he belongs in the Top Ten of the draft, but he could end up slipping towards the bottom of the first round if teams get worried about his bonus demands. Current speculation is that he's willing to sign if the money is right.

If you click the link there is some video of the kid.  Lots of players to consider for the 2010 draft as well.


According to OOTP11 our record for the upcoming week will be 2 - 5 including being swept by the Tribe.
Of note: Aaron Hill was injured and had to placed on the DL with a torn hamstring.  Eerie.

I leave you with this gem of an interview with Jesse Carlson.  My guess is him and Lance Broadway AKA Team Enforcer are having some fun in down in Vegas.

Posted by The Man With The Golden Arm at 8:53 PM