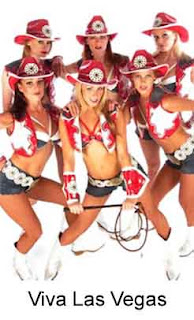 Just finished watching the game on the PVR, tough loss, a game I thought we should have won. Somebody *cough* Lyle *cough* up again in two situations to take the lead and once again this season couldn't get it done.

Let's start off with my notes on the good stuff:

Vernon hit yet another bomb tonight, well on his way to 30. His RBI was his 736th and ties him with Joe Carter for third on the all time Jays list.
Bautista made a brilliant defensive play on a grounder that took him into foul territory and made a good throw to Overbay to finish the out. A play I'm quite certain that E5 wouldn't have made.
I've heard the players mentioning that the new turf is quite bouncy and it certainly appeared to assist Lind getting a single in the 7th inning.
Marcum, like many of the starters this year pitched into the 7th and he had some good movement tonight. He really only had the one bad inning, that being the 5th. The rest of the night, I thought he looked pretty good.
My boy Randy Ruiz did want Randy Ruiz does, hit a rocket out to left centre in the 8th, the pitch that got Weaver out of the game. God, why doesn't he play more often?
Lind crushed one, like a drop the bat and watch it go type home run. To me it looked like it bounced off the hands of some clumsy fan, but it might have hit a empty seat and bounced right back on to the field. Speaking of empty seats, attendance was UP tonight to a whopping 14779.

Now onto the bad:

Not really bad, but bad for us. Weaver was on the money tonight, he worked at Halladay like speed and kept batters guessing most of the night. He really only threw 2 bad pitches to the Jays hitters all night and they both ended up over the wall.
A bad but catchable throw from Buck to Gonzalez on a stolen base attempt, Alex was just looking ahead for the tag before he got the ball and it skipped over to Johnny Mac.
Lind got a wee bit too aggressive in his base running on a pitch that got away from Angels catcher Mathis, who quickly recovered and easily threw out Lind at third. By a mile.
Accardo, is really giving The Cito some ammo to send him back down isn't he? Another stellar performance by Accardo tonight, wild pitch and gave up the runs that put the game out of hand.
Snider really looked like a amateur out in the field on a fairly routine fly ball to right in the 8th. The misplay ended up costing the Jays a couple of runs. Snider has looked solid so far this year in the field, but in Left.
I've been reading on twitter Jays fans complaining about some of the questionable umpire calls during the White Sox series, it seemed to me that trend was continuing again tonight.
Speaking of umps, Jim Joyce, the yelling strike in the first inning was cool. By holy fuck, by the 3rd I wanted to kill the guy.

Ok Cito, I know you like the vets. But seriously check the fucking box score last night. Overbay went 0 for 5 with 4 k's. Hasn't got a hit in days, if not a week. But you insist on keeping him in the lineup, not only do you insist on keeping him in the lineup, you put him in the 5 SPOT!! Come on man!. A performance like this and Snider would have been on a bus in Vegas by now.
Cito on Overbay, "We need Lyle to get going. I don't think sitting him is going to help him." It might not help him, but it will certainly help the paying public.

That's all I've got Jays fans. There is always tomorrow.
Posted by Nemesis Enforcer at 11:15 PM