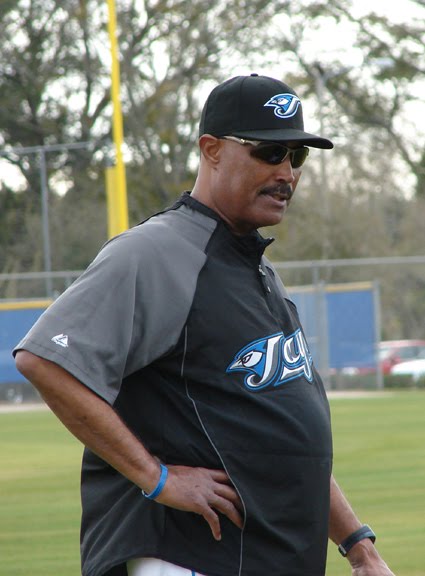 Someone put a microphone in front of the field manager yesterday when it was raining in Florida and this is what came out.....

On his 37 pitchers in camp:

"You almost need names on the backs of these guys," he said. "Because it's going to take a while to get to know them."
"It's going to be hard," Gaston admitted. "Who's my starter? Who's my No. 1? Who's my No. 2? You talk about two guys. We hope their arms are OK but you don’t know until they start pitching in competition.”
“We don’t have Doc anymore,” Gaston said. “We had to keep him on his rotation (starting every fifth day). That’s the way Doc wanted it."
“You don’t really have to do it with these guys. So guys won’t pitch as many innings. We’ll just bag ‘em up and keep going. If it’s Ricky’s turn to pitch and Marcum’s pitching better, then we’ll start Marcum.”
“It’s going to be tough to nail down four and five (in the rotation). If you look at the candidates we have, we’re not going to forget about (Brett) Cecil and (Marc) Rzepczynski,” Gaston said.
“I like Zep a lot, man,” Gaston said. “I hope he can come back and pitch the way he did when he was there. To me, unless he just really goes the other way, you got to put him on this club.  You go and look at the numbers he put up against right handers and left handers last year. He's good. If not in the starting rotation, maybe in the bullpen."
"I'm pretty sure these guys are going to miss Doc, too -- just watching him pitch," Blue Jays manager Cito Gaston said. "Watching him go out there and be the surgeon that he was out there on the mound."
“I was sitting in with the pitchers this morning in their meeting,” Gaston said. “I was talking to Doug (Davis, field co-ordinator for the minor-leaguers). “I said ‘I wonder if we’ve got a couple of Docs in this room?’ Sure would be nice. You never know. Maybe this is a chance for them to do that.”
“Because we’re not quite sure about the pitching, I think the strength of this club right now has got to be the hitters,” he said.

On his line up:

“I’ve thought it over and over,” Gaston said. “I like to keep people comfortable. I’ve played this game and if you’re not comfortable in where you are or what you’re doing, you don’t perform.
“If you’re put on the field and you don’t feel right about yourself, then you’re more worried about that than worried about doing your job.”
"Hill had a great year last year and Lind had a great year, so why mess with it?" Gaston said. "Just let somebody fill around the other spots. So, right now, I'm looking at those two guys second and third, even though I said I was going to try [something else] in Spring Training."
"Even though I said I would try it in spring training, then I'm messing with their minds. Hill would do it in a second, but he's just going to put more pressure on himself. I want him to be himself. When Lind gets here I'll make sure I talk to him."
“If I do (the switch), then I’m messing with them. I think Hill would do it in a second but he’s just going to put more pressure on himself and I want him to be himself.
“Lind doesn’t like that (cleanup) spot. If you can keep a guy comfortable, keep unnecessary pressure off him, it’s going to help him play better.”

On Vernon hitting clean up:

"You don't want to tear down Vernon's confidence," said Gaston "We need him to come back and be himself. It's all about trying to get the best out of people and trying to put them in a place where they're comfortable."

"I hope not, man," Gaston said. "If he's ready to go, we're not going to delay it, unless we need to, unless it's for his benefit."
“I hope he starts the season (on the roster),” Gaston said. He’s been down here a long time. He’s probably sick of Florida by now.

On his future with the team and his coaching style for 2010:

"I feel good. I'm going to be around here for another four years," Gaston said. "We're just trying to get this organization back where it should go. If I was 10 years younger I might be a little bit saying, 'I don't want to go, I want to stay.  It's not that I don't want to stay, and it's not that I don't want to go.'
"I just think it's going to take a while. So, maybe I can do something else on the other side that can help get our Minor Leagues back together, and get our big league club going in the right direction for this year, in my last year here as far as the manager. And, just teaching here."

I have no idea what is going on anymore.  Can someone help me? 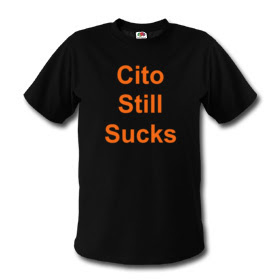 I think the brain trust had a sit down with the manager and talked some things out.  We have the first four hitters of our line up.  Bautista leading off, Hill hitting in the two hole, Lind in the three spot and Vernon cleaning up.  Courtesy of the team over at  fantasybaseball.com: Bautista will be the worst leadoff hitter in baseball.

I have a question that has been dancing around my brain for quite sometime.....
Generally: I wonder how much control over the roster the field manager of a major league team actually has?
Specifically: The Cito wants Rzepczynski on his team.  He goes as far to say: "To me, unless he just really goes the other way, you got to put him on this club.”  But, he has option years left.  Tallet, Eveland and McGowan do not.  If The Cito says he wants Zep, does he get him?  Or is that what the GM is there to worry about?  Ultimately, the manager decides in game when to use a player.  So you think if he wanted a player, he would get him.  This young lefthanded pitcher should provide an answer to my question.

Speaking about Mark Rzepczynski, he totally needs a nickname.  King Jordan is on it as always:

RZEPCZ&$#!?SKI: After today's workout, I headed over to Rzepczynski's locker and asked him if he had heard the nickname some of the Blue Jays' bloggers had given him since he joined the club. "Scrabble?" he said with a laugh. "Yeah. A buddy of mine told me about it."
He shook his head and smiled.
"Add it to the list..." he said.
"Why? What else have you been called?" I asked.
"Alphabet. Eye chart," Rzepczynski replied with a laugh. "I don't know. There's a lot.
For those new around here, it's pronounced ZEP-CHIN-SKI. One person who at least knows how to pronounce it right is Gaston, though he usually just calls him "Zep." Last year, Scrabble made 11 starts for the Jays and posted a 3.67 ERA. He impressed Gaston to the point that the manager believes the young pitchers needs to be on the Opening Day roster.
There's only one problem with calling the lefty "Scrabble." There is only one "Z" included in the famous word game.
"I have two in my last name," he said. 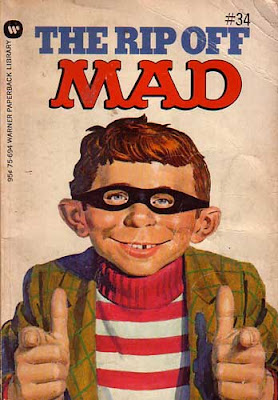 A friend of mine sent me a story on the history of baseball called Base Ball Discovered.
Warning: the full film is an hour, so get the popcorn out.  It is worth your time.  Once you start watching, you can only pause the film.  No skipping forward and NO reversing.  If you do either of those it restarts the film.  I figured this fact out about 54 minutes into the film.  Fuck me.
Full Film: click here
Summary: click here
I have a couple of observations:

Posted by The Man With The Golden Arm at 4:20 AM