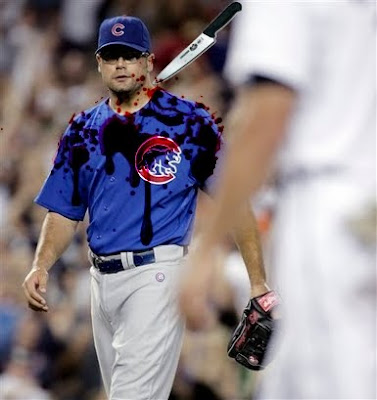 It has been reported that  your Toronto Blue Jays added another arm to the bullpen.  RHP Kevin Gregg, 31, was drafted in the 15th round, 435 overall by Oakland in 1996.  He has 6.002 years of service time.  Last year he was 5 - 6 with a 4.72 ERA for the Cubs in the super weak NL central where five games over .500 is good for second place.  He lost the closers job on August 17th to Carlos Marmol after blowing his 6th save of the season.  According to Jon Heyman, Gregg will be guaranteed $2.75 million this season but he could make as much as $8 million over two years or $12 million over three.  He would fill the final spot on the 40 man roster.  From what I can see he throws a low to mid 90's fastball with sink.  His slider clocks in at about 87 MPH and it looks like he throws a slower curveball as well.

This move is a bit of a head scratcher for me.  It would appear we have a few guys who can do the closer job for us already.

It would also appear we have a bona fide logjam of arms in the bullpen.
Gregg did qualify as a Type A free agent this year but the Cubs declined to offer him arbitration.  It is very likely he will retain that status though this season and into next year's off season.  This means that if he were a free agent, we offered arbitration and he declined we would get a first round and a sandwich pick as compensation for him signing with another team for 2011.
I am going to go ahead and post this without all the details because the only way this moves makes any sense is if there is a corresponding move coming very shortly. 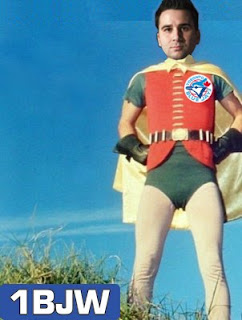 Is Boy Wonder at it again?
Posted by The Man With The Golden Arm at 10:54 PM

Labels: Boy Wonder, our next closer