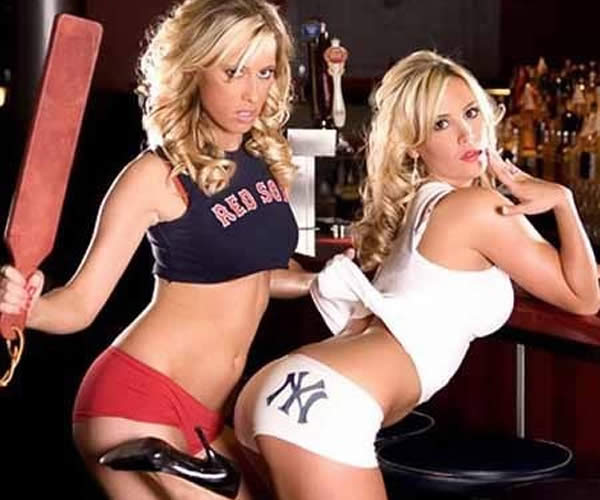 The season is months away from starting and already our free spending fucking divisional rivals are in disagreement.  This time it involves their regional sports networks or RSN.  The Evil Empire have the YES Network, while The Red Sucks have NESN.

A few weeks ago, YES announced that they were the most watched RSN in the country in 2009 by an average of 6,000 households per night.  Which is true but considering there are 3 times as many homes in the designated market area for New York to draw from, it hardly seems like a fair comparison.

Kinda like when you compare the fact that the Evil Empire for 2010 will spend $85,225,000 on the four guys that play the infield positions and your Toronto Blue Jays are probably going to spend less than $80,000,000 for the entire 25 man roster.

According to NESN, they were the highest rated regional sports network in the country in 2009, leading all RSN’s in every major ratings category including average primetime household ratings and total day delivery. NESN has held this distinction every year since 2004.


Fucking bitches can't agree on anything.....except that they both need to spend WAY more on payroll then anybody else in the division.