This will be the 10th annual contest in which a bunch of random people make a guess a month and a half before a deadline and then a bunch of shit happens and in the end somebody wins stuff.

The 25 Man Roster Challenge. Just mentioning the name sends contestants minds to a previous year in which one of these scrubs fucked them out of a possible glorious victory.

For the record, it is a super simple game that has but one requirement: Name the 25 baseball players within the Blue Jays organization who will crack the opening day roster.

Well, it isn’t. No one has ever gone 25-for-25 in all the years we’ve been running this challenge, and we would be very happy if that streak was broken this time around.

If you decide to play, there are 4 ways to submit your ballot:

1) Send us an email: 1bluejaysway(at)gmail.com
2) Make a post on your blog, if you have one, and send us a link.
3) Add your ballot to the comments section of this post or the reminders we post later.
4) Twitter ballots will be accepted. @1BJW

In the event of a tie—and it's pretty much a given at this point that there will be a tie—we ask that you also give us a prediction of what you think the spring training record will be. From what we can see, it appears as though the boys of summer will attempt to play 33 spring training games this year. That total includes the 2 exhibition games against the Brew Crew at the Big O but not the split-squad game against the Canadian Junior National Team on March 23.

Try not to forget that sometimes it rains in Florida and the games don't generally get made up if they are cancelled. There is also a chance that if a game goes to extra innings and one team runs out of pitchers, both teams agree the game ends in a tie.

It is not a requirement that you select a tie breaker, all ballots containing 25 names will be considered valid, but it is a really good idea that you do include one. Over the years we have had numerous stupid close finishes and we actually had to break it right down to winning percentage. We have only had one outright winner in 9 years.

The pride of Mississauga Dalton Pompey is mercifully out of options, meaning he makes the big league club or is potentially lost on waivers. Still just 26 years old, the 16th rounder from 2010 has had his chances to impact the roster before. This could be his last go at it for the home side.

We got a rule 5 pick to spice it up! Soon to be 19 year old Elvis Luciano was selected from the Royals and needs to be on the big league roster *cough lengthy DL stint cough* all season or has to be offered back. Certainly a wild card to break camp with the club due to his age and inexperience but the braintrust knew all this prior to selecting him so you have to believe that they believe he has a shot. No doubt he throws hard, has a "feel for spin" and is working on a third offering.

Eric Sogard AKA Nerd Power and his career .623 OPS will try to crack the infield rotation on a minor league deal. Doubtful he makes an impact but likely has on out clause in his contract that the team might have to think about.

We are emptying the clip this year. Most of this stuff has been just collecting dust in various basements across the GTA for some time. All of it will go to the winner. Behold! 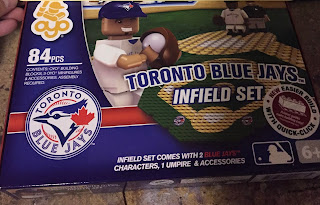 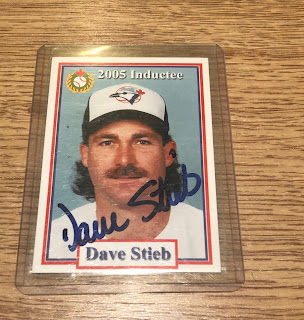 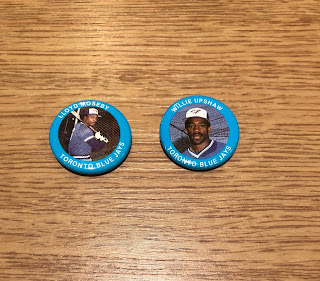 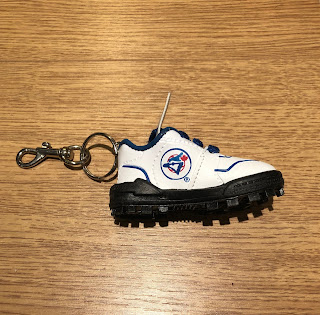 The ticket is from Vlad Jr. second game in AAA in which he collected his first hit. You can pretend you were there now!

Good luck to all that decide to join in on the fun this year. We already have our first ballot and it is not predicted to do well. They forgot the damn tiebreaker. Do NOT forget the tiebreaker. Deadline is February 13th @ 11:59PM EST.