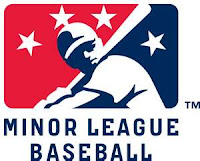 Throughout the minors, there are so many players to keep up with.  It is often difficult to know who or what to pay attention to.  With that in mind, right here, right now we'll take a glance at some of the top performers throughout the Blue Jays' system this season and get you all caught up.

David Rollins, a 24th round draft choice out of San Jacinto College North last year, has posted outstanding numbers for the Lugnuts. The 22-year-old lefty hurler has a 4-0 record with a 2.64 ERA while striking out 41 batters and walking just 15 in 44 1/3 innings through 10 starts this season. Rollins, who stands 6-feet-1-inch tall and weighs around 195 pounds, sports a 1.45 ERA in 4 road games this year. Last year, in 7 combined starts with Bluefield and Vancouver, Rollins went 4-0 with a 1.77 ERA.

Outfielder Chris Hawkins, a 3rd round draft selection in 2010, has put up some excellent numbers for Lansing as well. The 20-year-old has a .327 batting average with 6 doubles, 2 triples and 1 HR while driving in 15 runs in 42 games this season. He has also stolen 6 bases without being caught. In his previous two professional seasons, mainly in the Gulf Coast League and at rookie level Bluefield, Hawkins, a lefty hitter, tallied a .290 batting average with a .783 OPS.

Andrew Burns is another one of the Lugnuts’ offensive threats. The 21-year-old was drafted last season in the 11th round by Toronto out of the University of Arizona. Through 42 games this season, the shortstop is batting .283 with 15 doubles, 2 triples, 7 HR and 22 RBI. His .931 OPS is second best in the league. The righty hitting Burns batted .250 with 3 HR and 14 RBI in 28 combined games last year for the GCL Blue Jays and with short-season Class A Vancouver.

Gabe Jacobo has put up some very solid production for Dunedin. The Rule 5 draft selection from last year, out of the Angels system, has hit .301 with 11 doubles, 2 homers and 17 RBI through 20 games this season. The 25-year-old Jacobo, who plays first base, is a right-handed hitter that was a career .284 hitter in the minors before joining the Toronto system.

Ryan Goins has been scorching hot all season for NH. The lefty hitting second baseman has a .331 batting average with 12 doubles, 2 triples, 2 HR and 22 RBI through 44 games this season. In 22 May games, the lefty batting Goins has posted a remarkable .380 batting average. Goins, 24, was a 4th round draft pick in 2009.

Left-handed reliever Aaron Loup has continued a strong campaign out of the NH bullpen. The 24-year-old is 0-1 with 2 saves and a 1.46 ERA in 20 relief outings this season. Drafted in the 9th round by Toronto in 2009, Loup made the Midwest League All-star team the following year in his first full season as a pro. Loup could be well on his way to getting another such honor this season if his production keeps up.

Highly touted shortstop Adeiny Hechavarria is posting strong numbers for the 51’s. Through 47 games played, the Cuba native is batting .322 with 14 doubles, 2 triples, 4 HR and 34 RBI with 6 stolen bases. Hechavarria, 23, was a career .255 hitter with 12 HR in 2 seasons in the minors prior to this year.