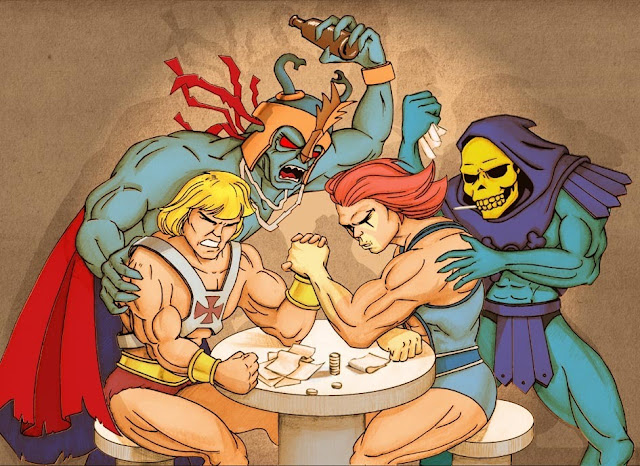 Word on the street is the Blue Jays are actively courting some bloggers as evidenced by the selective invitation to the State of the Franchise festivities not too far back. After the gong show of an off-season which is being described by some most as an epic failure due to the perceived lack of spending, it was certainly time for the Blue Jays to take a look at the PR department and try something new. Inviting a few influential internet types with lots of page views and Twitter followers to come to the annual winter party seemed like a good start. I mean these guys and gals live and die with the Blue Jays as much as any card carrying season ticket holder, if not more right?

This blog is and will always remain a place where we speak our minds about any topic without fear of retribution from others. That is, after all, what a blog should be all about.

That being said, I'm sure it would be cool to have more access to the players, coaches and management personnel at the Major League level.

On one hand that would theoretically give us more shit to type about, which would in turn give you a reason to stop by and read it. On the other hand that access comes with a price tag. And it's a big one.

The hardcore fan of the team will always have some kind of beef with the people that cover the team on a daily basis. That is just the reality. Elliot uses anonymous sources too much. Griffin is still bitter from the Ricciardi era. Wilner is just a Rogers apologist. Davidi is a quote whore. And on and on it goes. But these guys walk the beat and have to deal with the team no matter what they write. That just has to be a difficult situation to navigate through especially when the going gets tough.

I got an email from Lance Broadway last month. It went like this:

Ready to call bullshit I responded with this:

Sorry for sounding skeptical but given the nature of the Internet I have a hard time believing its really you. Is your inquiry something we can handle over email?

He came back with this:
Understandable. No I would rather talk over the phone. I do not mind answering some question you may have over email if that will help but as far as what I need to talk about I would rather not over email.

At this point not even remotely believing that a former Major Leaguer somehow found the need AND took the time to email me, I decided to look into it further. Within an hour or so a friend was able to confirm that both the phone number and email account were both legit so this was in fact The Lance Broadway and we weren't the first blog he had approached. Mind blown.

We arranged a time to talk and I recorded the entire thing without his knowledge or consent (sorry Lance). Remember I have no journalist standards whatsoever and based on his cryptic emails, I really wasn't sure how this conversation was going to play out.

Now, at this point I really only have two choices.

The first is share all the audio with you and pretty much burn any chance I have of ever talking to this man about anything ever again.

The second is not share the audio out of respect for a genuinely nice guy who made a poor decision a few years back and is now looking to pick up the pieces.

If I was a full time journalist this is a no brainer. No chance that conversation ever sees the light of day, end of discussion.

If I was a typical blogger only interested in breaking a story I would ABSOFUCKINGLUTELY fire this thing up consequences be damned.

These two forms of "media" are like Travis Snider/Adam Lind/Colby Rasmus and left handed pitching meaning they just do not mix well. The Blue Jays PR department is simply trying to control the message. I'll say it again:

The Blue Jays PR department is simply trying to control the message.

Currently they have no way of dealing with what bloggers have to say and they know it. By strategically putting them in situations were they are face to face with the players, coaches and senior management it theoretically will be a lot more difficult to write something negative about them. You might just think twice about saying Adam Lind is a bag of shit that has no business hitting behind the most dangerous hitter in baseball if you hung out with his wife and child for a picnic before a game.

Having been through something somewhat similar just recently I readily admit it's a fine line to walk. One that I would wholeheartedly prefer to leave for someone else to deal with.
Posted by The Man With The Golden Arm at 10:24 AM

Labels: I fought the law and the law won, KO