We Need Your Help!


Every year at work we have a silent auction for charity. Most of the prizes are gift certificates from local companies looking to get some cheap advertising. This year it seems someone has opened a line to the Toronto Blue Jays. Lots of cool Jays gear is available and even a couple of signed balls. For those unaware, I have what can only be described as an addiction at this point: 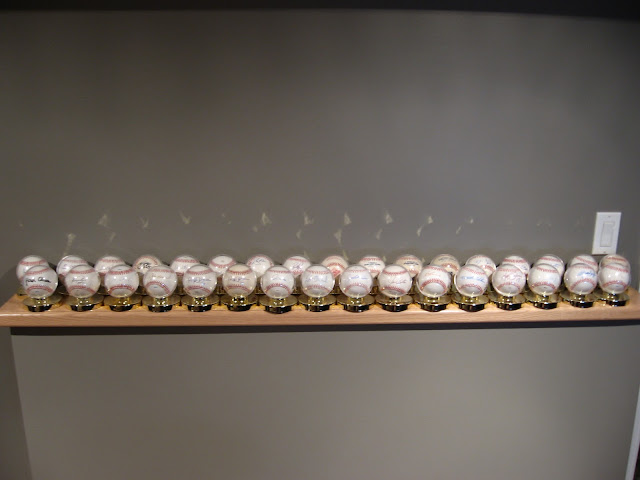 Three of the balls are signed by unidentified team personnel. The organizer of the auction didn't even bother to ask who signed. Based on my existing stash, I was quickly able to narrow that list down to just one. That's right, one mystery ball remains. I'm hoping someone out there knows who signed this ball: 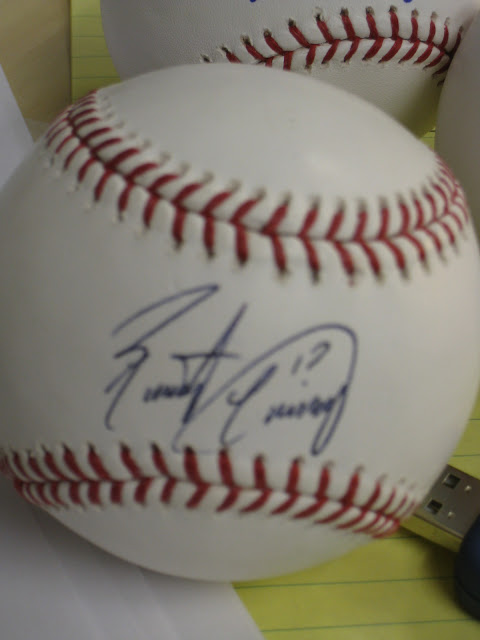 I apologize in advance for the shitty focus on that pic. It's all I got. Only adds to the mystique n'est-ce pas? Throw in what looks to be a question mark as the second number and you got yourself a genuine autograph stumper. I can honestly say I'm not even sure if that picture needs to be flipped. I think it's right side up but can't be 100% certain.

Here's what we know:

1) The number 1 is part of the two digit number.

The only Blue Jays that wore a number in the teens this year were:

The only other Blue Jays that wore a number with the number 1 in it were:

Did I miss anyone? Maybe someone changed numbers in season or was traded away perhaps?

2) It's not Brett Lawrie unless he totally changed his signature, which is completely possible I guess. This is his signature from a few years back. 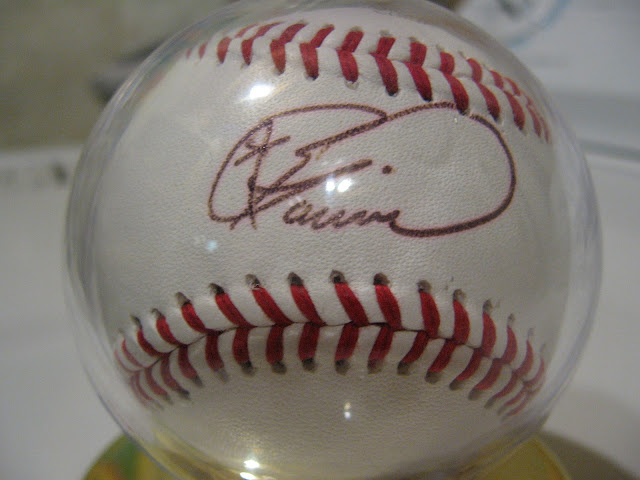 I'd really like to figure this out before I drop a couple of bucks down on a bid. Does anyone know who signed the mystery ball?
Posted by The Man With The Golden Arm at 7:36 PM