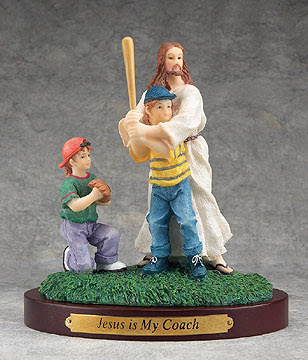 Your Toronto Blue Jays have put the finishing touches on the coaching staff for the 2011 season bloodthirsty uphill battle. We say hello to some new faces, good bye to some old ones and merely give the courtesy head nod to the familiar ones.

Our new fearless leader has zero innings of managerial experience. That is a tad concerning to me. And his former employer is a mortal enemy of mine, so I need sometime before I can trust him fully. Is he a double agent sent by the Massholes to keep us in 4th place? Just saying.

Don Wakamatsu is already being considered for the vacant manager job with the Mets. Something tells me he won't be around very long in Blue Jay blue.

Torey Lovullo is a old friend of the new skipper. I'm glad John has someone around who he feels comfortable with. I did a bit of research on Lovullo with mixed results.....

MLB.com ran this story. Here is a paragraph I found interesting:

In Lovullo's first year in the Red Sox's farm system, the PawSox went 66-78 in the International League. Prior to his tenure with Boston, the 45-year-old spent eight seasons managing in the Indians' farm system and at times worked closely with Farrell, who served as the club's director of player development from 2001-06.

The Globe and Mail decided to go with this:

Lovullo, 46, joins the Blue Jays after completing his ninth season as a minor league manager, most recently with Pawtucket, the Boston Red Sox Triple-A affiliate.

So, yeah just how old is this guy? You would figure that would be pretty easy to figure out, no?

As for fan favorite Pat Hentgen, well shit, listen for yourself. And do it before MLB comes and tells me to take these videos down :(

How much do I really need to tell you about the returnees?

We have heard the pitchers praise Walton all year and everybody seems to love Butter. Dwayne Murphy has been sorta criticized for the team having a poor on base percentage last season. I ask this simple question: is it his fault he had an entire lineup of guys that thought they were playing in a slopitch game all year?

We did hit a shitload of bombs last year, 257 to be exact. But I respectfully submit that if we had more guys on base that number goes down. Nothing happens in a vacuum. Opposing pitchers, especially starters, baredown significantly when guys get on base. Even more so with multiple runners on. Pitch selection and location change based on the situation.

The one game that I think best represents our 2010 season, in a nutshell, was this one against the Diamondbacks in Arizona. We lost 8 - 6. We hit 6 solo homeruns. And 4 of them off a pretty solid pitcher in Dan Haren. Here is what he had to say after the game.

"I know I gave up a few runs but I did what I needed to do out there," he said. "That team, it's a tough lineup. Every guy can hit it out. It looks like they have one thing in mind, to let loose and try and hit homers. I've never seen anything like it really."

Hopefully Murph will have a little more to work with in 2011 with respect to personnel. Yunel Escobar at the top of the lineup for a full season should help substantially.

As for the dearly departed, fear not. They all have jobs within the organization promised to them should they want to stay on board. Classy move by Boy Wonder. Click here to get his take on our new staff.

Labels: Put me in coach I'm ready to play