What I'm Thinking In 140 Characters Or MORE 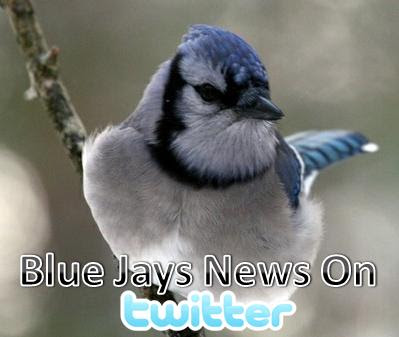 Twitter is just silly sometimes. I think its time for me to take a break.

I had the nerve to say your Toronto Blue Jays need a big money closer. That's right, I fucking said it.

We blew 16 save opportunities in 2010 and we finished 10 games out of the wildcard.

Now, obviously it's not that simple. In fact - statistically speaking - it doesn't even really look like it needs addressing.

I should mention that I had just finally got around to watching the series in Minny that I had taped on PVR. And what I saw was Kevin Gregg blow yet another lead. Perhaps a bit of a knee jerk reaction.....

Let's take a look at what Boy Wonder thinks:

--Asked what areas needed improvement, Anthopoulos pointed to the poor bullpen ERA and the club's subpar on-base percentage. He believes both areas need to be improved.

That's a "poor bullpen ERA" WITH free agents Scott Downs and his 2.64 as well as Jason Frasor and his 3.68, they are both as good as gone.

Needless to say, the brain trust has got a bit of work to do down in the pen.

So, back to the Twitter. Some unnamed people think that it's a good idea to roll with what we got. You know: Gregg, Purcey, Camp, Janssen and any 3 of the following names: Carlson, Accardo, Buchholz, Roenicke, Rzep, Hill, Litsch, Ray, Richmond, maybe McGowan.

My original point was if that was the case, then we need a "steady closer". A guy that inspires confidence. A hammer. Someone who can come in and clean up a mess or win a tight game. Generally, these guys are "big money" guys.

Knowing full well that even the Rivera's and the Soria's of the world eventually blow some games, it's not quite as simple that if we:

A: sign or trade for a top notch stopper

B: we win more games

People were quick to point out a big money guy is a waste. Relievers are hot and cold. No point in signing a guy like that if you can`t get him the save opportunities. A closer should be the last piece of the puzzle.

All of which is very true.

It is not completely unrealistic to expect about 80 quality starts out of our top 4 guys next year. Throw in a number 5 guy that doesn`t suck and you got 90 - 95 quality starts. That`s 90 - 95 games that you are most likely winning and you PLAN on turning over to a bullpen that just lost some uber important high leverage guys, that some people think can merely be replaced from within the organization.

Go out and get a great closer and the game becomes 8 innings. Everyone on the team knows it. The other team knows it too.

So all you really have to do is squeeze another inning out of our starter then mix and match the 8th.

I think a top shelf guy to anchor the pen is the way to go especially if you wanna roll with what we got. And yeah I do remember the name BJ Ryan. I also remember some dude named Randy Myers.

I can completely understand why I got shit on for saying what I said considering BJ`s contract just came off the books. But what I also said was giving out 5 year deals is insane. To ANY arm. That includes Ricky.....

All great teams have a rock in the back end of the pen. We need one.

Sign Rafael Soriano for 3 years at $30 mil. It will cost you a 1st round pick, which totally bites and won`t happen.

Trade for a stud and pay the price, which won`t happen either.

Is it the number 1 priority for the offseason? No, of course not.

But in my humble opinion it is the quickest, simplest way to improving this team and closing the gap on the big boys.

It won't happen, which is fine.

And we will continue to blow leads - perhaps at a much higher rate - which is not fine.

I guess I'll just try to keep my opinions to myself because clearly, I'm a fucking hack that knows dick all about the game. 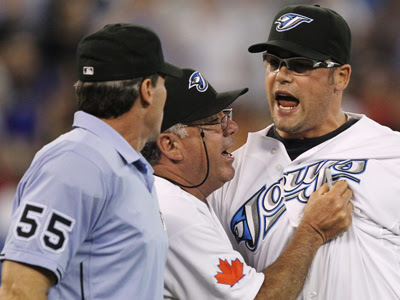