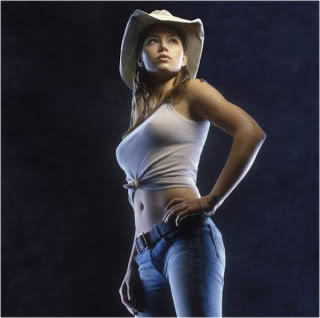 Consider this your required reading for the week.  You Don't Know Dick does a nice season recap.

Bill (Galloway, New Jersey): Of the top 50 picks in the 2010 draft class that signed contracts, who do you feel has the potential to be the biggest sleeper and go far beyond expectations?

Jim Callis: Based on lack of hype and not draft position (because guys slid for financial reasons), I'll say Jays righthander Asher Wojciechowski. Plus fastball and slider, should move quickly.

Great news and a great job by Jim Callis covering the draft this and every year.

McGuire, meanwhile, is a physically imposing power arm with the type of frame the Blue Jays targeted in the draft. The 21-year-old features a fastball in the 90-94 m.p.h. range with a good slider, plus a change and a curve.
Some have compared him to John Lackey.
"I'm a four-pitch guy," said McGuire. "I do my best to run and sink (the fastball), sometimes it co-operates, sometimes it doesn't.
"I really try and locate, that's kind of my thing, I'm not going to overpower anybody but I'm going to locate as good as anybody. I mix in a curveball and a change-up that are more get-ahead pitches. I'll use them for strikeouts occasionally, but I'd say my strikeout pitch is my fastball or my slider."

Some details on Deck's repertoire.  Look for him to start his pro career in Lansing next year.

Dickie Thon isn't a flashy defender, but makes all the routine plays. He has good feet, soft hands and an above-average arm. His bat is a little inconsistent right now, but he profiles as a good top-of-the-order hitter. He has gap power and could grow into some home run power as he continues to fill out and drives more balls. Thon is an average runner out of the box, but is above-average under way. He has good baseball instincts and projects to steal 20-30 bases a year.

A decent scouting report on Dickie.  The question I got is: How long before he gets moved to 2nd base?

BRIAN ROSE ASKS: Hi Buck, in a Red Sox-Jays game last week, I saw a Boston pitcher lick his fingers while on the mound and in possession of the ball. Has the rule been changed to allow this?

Buck takes some questions and this one caught my eye.


Courtesy of Our Boy Jesse:

C A.J. Jimenez is done for the year due to a tear in his elbow.  He's back in Florida right now.  Surgery is required.  Cross your fingers.

A.J. has had a cannon of an arm behind the dish.  Hope he is able to get healthy quickly.


Don't look now but Jose Molina is creeping toward Type B free agent status.  May explain why cult hero J.P. Arencibia didn't play as much as expected while here was up in the big leagues.

Now those of you who have followed the Blue Jays closely, based upon TV ratings, not attendance figures, and the dozens of you who I've met while on the road, so I know there are a bunch of you, know that the Blue Jays starters have been knocking on the no-hitter door several times this season. For the casual fan, here's a list:


It's been quite a year on the mound but still no one has been able to nail down a glorious no hitter.

The bottom line is that it was yet another complete game one-hitter by a Blue Jay.  Maybe because so many Blue Jays are taking no-hitters deep into games this year, or maybe because Morrow’s game is so fresh in my mind, it seems like these one-hitters happen quite often in Toronto’s history.
With a little help (well, a lot of help actually) from retrosheet.org and baseball-reference.com I was able to put together a list of everytime a Jays pitcher has thrown a complete game one-hitter.  The feat has happened on 16 occassions:

2 of the 16 one hitters thrown by Blue Jay pitchers happened this year.
Posted by The Man With The Golden Arm at 10:09 PM