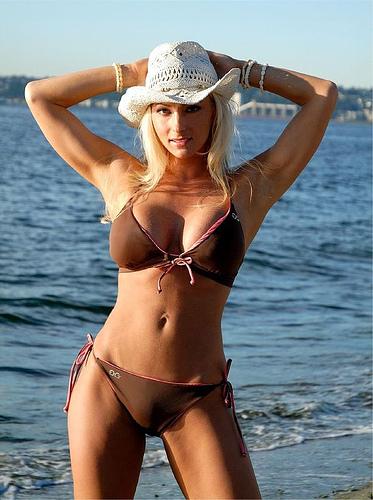 Consider this your required reading for the week.  I could tell you the real story but I think that would get me in a pile of trouble.....

In turn, 27 pitchers lost at least 1.0 mph:
A couple of our boys lost some zip on the old number one.  In the case of Morrow, it's probably due to the fact he has been converted to a starter.  Some pretty impressive names on the list if you want to check it out.

Courtesy of The Biz of Baseball:

Kevin Millar became a cult hero for Red Sox fans with his iconic "Cowboy Up" rallying cry after joining the Red Sox in 2003. He was a key member of the Red Sox 2004 World Series Championship team. The 12 year major league veteran, played for 4 different teams (Marlins, Red Sox, Orioles and Blue Jays) compiling a .274 career batting average with 170 home runs. Since retiring in April of this year, Millar also recently joined MLB Network as a studio analyst.

Fuck. This. Guy.  He is going to make more money now than if he was playing.....Scab.

This was expected to be a consolidation year for the Blue Jays - set the bargain-basement rotation loose, let Travis Snider develop, trade away veteran relievers.  Instead, rookie GM Alex Anthopoulos has to be considering making midseason upgrades for a once-improbable playoff run.
The offense has three glaring issues: designated hitter, first base, and second base.  In other words, Adam Lind, Lyle Overbay, and Aaron Hill have disappointed, and it is to some extent balancing out surprising contributions by other hitters.  We're talking of samples of less than 200 plate appearances for each, so it's very possible the best course of action is to just give each player more time to rediscover his 2009 form.

When MLBTR starts talking about if we become buyers.....yikes.  Everyone just leave us alone and let us continue to smash the shit out of the ball in peace.  Make sure to check out the comments, a whole lotta people saying stay the course Alex.

Ricky feels there are misconceptions about his home town that need to be corrected.
“That there’s gangs, that it’s unsafe, that there’s a lot of killing,” Romero began. “That’s the misconception. I never had a problem. Was there gangs? Yes, actually there is. But what neighbourhood is out there that’s a tough neighbourhood where there are not. That’s why I feel like I’m strong. I don’t let anything get in the way of what I’m trying to do. I’m so driven and so proud of where I come from that it’s in my roots and I’m never going to forget it.”
Gabe has not had the same on-field success at Roosevelt as did his brother, although coaches from Cal-State Fullerton and Long Beach St. are coming out to have a look at the senior pitcher. If personality and respect count in these decisions, Jays pitching coach Bruce Walton believes that Gabe will be a success. The younger brother joined Ricky in Oakland last season and Walton spent some one-on-one time giving him lessons and watching him handle the major-league environment.

Dick gets an exclusive with Ricky and his brother.  Nice read.

Toronto Blue Jays right-hander Dustin McGowan, sidelined since July 2008 because of shoulder surgery and a subsequent knee injury, is throwing and playing catch. Blue Jays general manager Alex Anthopoulos says Friday that McGowan is throwing from 60 feet and his right shoulder rehabilitation is going well.
McGowan left a game on July 8, 2008, because of a sore right shoulder that required surgery. Delays in rehabilitation, including right knee surgery, sidelined him for all of 2009.
Right-hander Jesse Litsch (elbow surgery) is eligible to come off the 60-day DL the first week of June. Lefty Brian Tallet will pitch next Tuesday for Triple-A Las Vegas as he attempts to return from a 15-day DL stint because of left forearm stiffness.

Help is on the way folks!  Number 5 guy Dana Eveland is probably going to lose his job soon.  Not to sure who else is on the block.  Bullpen has been pretty good.  Is there maybe a trade coming?  If so, who do you want to see gone?

Labels: scab, Weekly Round Up, You Don't Know Dick