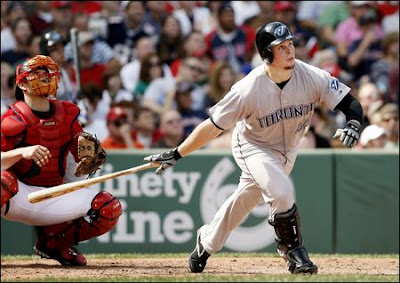 Your Toronto Blue Jays are 15 - 13 on the year.  We have hit more home runs than any other team in baseball!

The bullpen did a great job holding the lead.  Shawn Camp, Scott Downs and Kevin Gregg combined for three scoreless innings allowing only one hit and 1 walk.  Gregg had a 1, 2, 3 ninth inning for his 7th save.  He touched 95 mph on the gun more than once.  He is trying out a no seem sinker.  I would love to see that grip!

As for the hitters, number nine hitter Travis Snider had three hits on the night.  A double to left field, a double to right field and a comebacker up the middle off the pitchers foot.  Nice to see him using all fields and with some authority.  He ended up 3 for 5 with a steal.  His average climbed up to .193 for the season.

The top four hitters in the line up had six at bats.  Lead off man Fred Lewis got on base three times and scored two runs.  He seems to be getting more comfortable atop the order.

Shortstop Alex Gonzalez was only 1 for 4 on the day but the 1 was an 0 - 2 RBI double with two out.  He took a meaty change up and deposited it into the left field corner.  Clutch hitting.  I think we should give him a try in the 5 spot because.....

Lyle fucking Overbay is not getting it done there.  He struck out on a borderline pitch with a full count and the bases loaded in the forth inning.  That pitch was too close to take.  Gotta be more aggressive and foul that off.

The most interesting thing about game 28 will not be found anywhere in the boxscore.  Jose Bautista was hit on the hand after he had homered in his previous at bat.  He stayed in the game but that pitch was dangerous.  A fastball up and in.  The Cito and the trainer went out on the field to make sure he was ok.  During the walk back to the dugout, Gaston looked out the mound.  When he got back to the dugout, Cito said something to pitching coach Bruce Walton.  I tweeted this.

In the bottom of the 5th inning with Ricky back on the mound, he mows down the first two hitters to get to DH Travis Hafner.  First pitch to him was a fastball up and in.  That was the message.  Then on a 2 - 1 count, Ricky hits him with an 89 mph fastball.  That was the statement.

Nice to see the team stick up for one another.  To his credit, The Cito had his hands all over that.

Today is get away day and the game is on already.  I will have to listen to it on the ride into work.  Looking for the sweep. 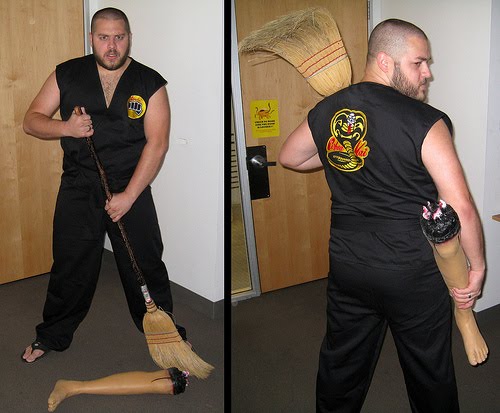