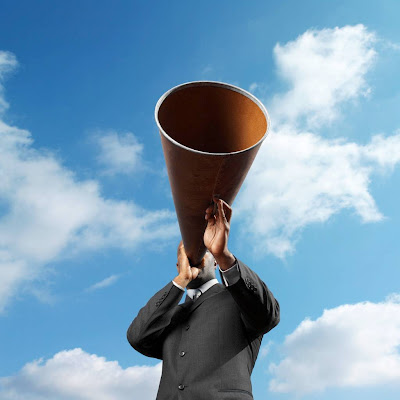 We here at 1bluejaysway are pleased and excited to announce that we have added a new member to the team.  Please join us in welcoming Jesse.  He is the radio broadcaster for the Lansing Lugnuts, class A affiliate for your Toronto Blue Jays!

Our plan is for Jesse to provide us with some updates on what is happening in the minor league system(s).  He obviously will specialize in the Lugnuts players but we will not restrict his expertise to only that topic.

We have no doubt that his insight will be valued and genuinely look forward to his contributions.

Since none of us have ever met, I decided to start off with a simple Q and A so that we all can get to know him better.

Q: Can you give us a little bit of your background in the game of baseball?
A: I’m originally from Greenbelt, Maryland, where I grew up a Detroit Tigers fan.  (There’s a fierce rivalry between Baltimore and Washington, D.C.; being a shortstop and unable to root for Cal Ripken due to my proximity to DC, I decided instead to revere Alan Trammell.)  This is my sixth season broadcasting in minor league baseball, my second year in Lansing.  I interned at WBAL in Baltimore covering the Orioles from 2001-2003 and have worked in independent Brockton (2005), Double-A Montgomery (Tampa Bay, 2006-2007), and independent Windy City (2008).  In 2008, I was named one of the Runners-Up for Ballpark Digest’s Broadcaster of the Year, awarded to Paul Edmonds of Winnipeg.  I’m not quite a stathead, darn close to a purist, and an avid teller and listener of old baseball yarns.

Q: Are you excited for Sal Fasano to take the reins as manager?
A:  Sal’s reputation precedes him, and so I’m greatly looking forward to working with him this season.  I’m going to miss Clayton McCullough, though, who was promoted to Dunedin.  He’s a superb young manager with a bright future ahead of him.

Q: Are there any players that you feel are going to make a breakthrough in 2010?
A:  The easy answers are Ryan Goins, Ryan Schimpf, Matt Fields, and Chad Jenkins, all of whom I expect to put up fine numbers in the Midwest League.  Mark Sobolewski and Balbino Fuenmayor should be far better in 2010 than they were in 2009.  I’ll take Dave Sever as a pitcher potentially flying under the radar.

Q: Is there a story behind the name Lugnuts?
A:  There was a “Name the Team” contest when the franchise moved to Michigan’s capital city in 1996, and that was the name chosen.  It connected well with the auto industry history of Lansing (hometown of Ransom E. Olds) while providing the perfect spark to amuse and interest baseball fans of all ages.

Q: We traded away Johermyn Chavez in the Brandon Morrow trade.  He completed his second tour of duty with Lansing last season.  In your experience, do players who get stuck in the lower levels of the minors achieve success as a big league player?
A:  There’s no rule of thumb.  Players find the original ways each season to blaze paths to Major League success or bomb their way out of pro ball.  It’s no great shame to repeat a level as long as the player shows marked improvement the second time around.  In Chavez’s case, his age (20 in 2009) was in his favor.  It’s when you’re 25 and repeating Class-A that the doubts really creep in.  Nothing kills a career like self-doubt.

So there you have it sports fans.  Stay tuned for some detailed analysis, player updates, insider stories and general baseball news from Jesse.
Posted by The Man With The Golden Arm at 12:16 AM

Labels: news from the farm, the stars of tomorrow.....today