Game 6 Recap : Somebody Pinch Me 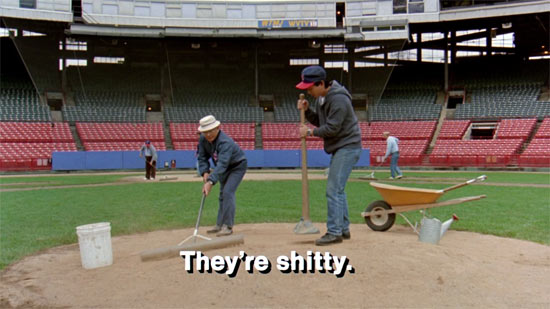 Man, my prediction is looking pretty lame right about now.  I will wait till we start playing the big boys before I completely lose my fucking mind but hey, we are winning the games we are suppose to win.  And that is something new and very encouraging.

In the series finale against the Baltimore Orioles, we pulled out another come from behind victory in the late innings to win it 5 - 2 thereby completing the sweep!

Shaun Marcum gave up 2 runs in the first inning and didn't seem to be locating his pitches very well.  Then in the bottom of the third, he gave up a lead off triple to Adam Jones.  Marcum somehow managed to escape the inning without giving up a run and that seemed to be the point when he settled into a decent groove.  He clearly didn't have his best stuff today but still managed to battle a weak Orioles line up and gave us a chance to win the game.  He needed 99 pitches to complete 6 innings, scattering 8 hits.

Light hitting shortstop Alex Gonzalez may not be such a light hitter after all.....He smoked 2 bombs, both solo shots and is tied for the most homeruns in the American League with teammate Vernon Wells and some guy who plays in a wind tunnel in Texas.

The game itself was a little frustrating to watch.  For 7 innings we were unable to muster up much of an attack against RHP Kevin Millwood.  He entered the 8th inning with a 2 - 1 lead and was showing no signs of slowing up.  He mowed down the first two hitters to get to the number nine guy, Johnny Mac.  The Prime Minister of Defense hit a two hopper that third baseman Miguel Tejada couldn't handle.  That right there was the TSN turning point.  When I posted the line ups today, naturally I questioned The Cito's decision to give him the start.....and all he did was go 3 for 4 with a double.  Huh.  By getting on base in the 8th, he set the table for lead off guy Jose Bautista to take a slider and deposit it into the seats in left field for a homer (off a decent right handed pitcher).  Gonzalez stepped in and ripped his second home run a batter later.  Back to back jacks!

E5 hit an absolute BOMB to left field.  Once it's up on Hit Tracker I'll let you know.
Alex Gonzalez rides a six game hitting streak into Opening Day.
Casey Janssen got his third win.  He leads the major leagues in that department.
Kevin Gregg nailed down his second save.  He hit 94 MPH on the radar gun.

There is absolutley NO CHANCE that we get a game report in tomorrow.  I think it's fair to say that all of you will be in the Dome, if able, and won't need us to tell you what happens.

I will be giving it to Alex Rios from section 113B row 3.  Look for the helmet. 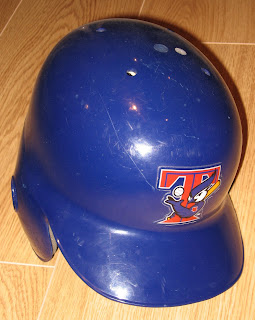 Posted by The Man With The Golden Arm at 7:38 PM

Labels: Another Exciting Comeback, Back to back jacks