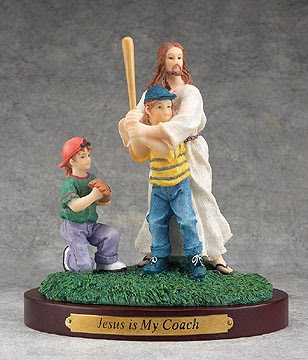 Currently as I write this, we are a half game up on the Evil Empire and Rays.  Your Toronto Blue Jays will finish the today in first place in the AL East and that is pretty fucking cool.

This is my first attempt at a game wrap and I'm not to sure how to proceed.  I was trying to twitter the game as it happened but I have to be honest and I found the distraction kinda annoying.  Whatever, I'll work on it!

This game between the Orioles of Baltimore and your Toronto Blue Jays was the home opener at Camden Yards.  Seats were packed and the fans were loud.  This game gave them a lot to both cheer and boo about.

On the hill was a pair of righties Brandon Morrow and Brad Bergesen.  Morrow is known for his electric fastball in the mid to high 90's and Bergesen is a sinker, slider kind of guy.  Certainly a contrast in pitching styles.  Of note, it was Morrow's debut with the Blue Jays.

This game featured a very long first inning.  The Jays were able to put 3 runs on the board thanks mostly to a bubble blowing Orioles outfielder named Adam Jones.  He got a glove on a John Buck drive to deep center but couldn't make the catch for the third out.  Buck was credited with a double and two RBI.  A clutch hit with two out but I think Jones should have had it.  E5 was robbed of a hit by shortstop Cesar Izturis on a shot into the hole for the third out.  That would have scored Buck from second base easily but again, fantastic defense from the Orioles prevented an even bigger inning by the Blue Jays.

Our starter was given a big three run cushion early and 35 pitches later, promptly gave it all right back.  The knock on Morrow about his control seemed valid, especially after he hit the number two hitter Jones high in the back with some kind of breaking ball with two strikes. But I felt the home plate umpire was squeezing both pitchers resulting in a lot of balls "missing" the strikezone.  Orioles second baseman and lead off hitter, Brian Roberts stole his second base of the year easily off Morrow and catcher John Buck after a walk but had to leave the game with a abdominal injury.  I seriously wonder what Vernon was doing on Miguel Tejada's 2 RBI single?  I don't think we would have had a chance at getting the second runner Jones at home but man Vernon got a terrible jump on a GROUNDBALL.  Yikes.

Thankfully both pitchers settled down in the second inning and it resulted in a quick inning.  Travis Snider ripped a first pitch get ahead fastball from Bergesen to lead off the second.  Then Johnny Mac showed why The Cito moved Snider out of the nine hole for him by chopping into a double play to erase the threat.

Morrow's fastball was sitting in the mid 90's as advertised but at 96mph it was pretty flat.  I noticed that when he took a bit off it, throwing it at 92 or 93 his ball had a little bit more movement down and away from left handed hitters.  But that was the pitch the umpire wasn't calling in the first inning.  He made an adjustment and got ahead with the gas and then starting cutting it a bit.  Mix in his high 80's breaking ball and the results were: 3 up 3 down with two K's.

The third inning was the Alex Gonzalez show.  He homered on a low pitch to give us a 4 -3 lead and made a couple of routine put outs at shortstop.

John Buck smoked his second double in as many at bats to lead off the forth inning but we left him stranded, with Johnny Mac weakly striking out to end the inning.  Rally killer.  Snider had a good at bat and almost got his second hit.

In the top of the fifth we again started it off with a double.  This time it was Jose Bautista.  He came around to score with a nice hook slide at home plate on an Adam Lind single.  Vernon Wells pops up for the second time in a row but it was good enough to knock Bergesen out of the game.  Enter former Jay, LHP Mark Hendrickson to face Lyle Overbay.  Lyle shows off his warning track, excuse me, doubles power.  Inning over.  5 - 3 Jays.

In the bottom of fifth, Travis Snider got lost on a fly ball off the bat of Nick Markakis.  Snider totally misplayed it, turning his body the wrong way trying to track the ball and losing sight of it.  Tejada hits a bomb on a meaty changeup from Morrow.  Game tied 5 - 5.

Top of the sixth, Hendrickson is cruising, striking out Buck and E5.  Snider works a walk on a good battle.  Johnny Mac pops up a bunt attempt to the catcher.  Rally Killer.

The bottom of sixth started off a little interestingly.  RHP Shawn Camp was in to relieve Morrow who finished the day with a line of: 5 inn, 4 hits, 5 ER, 5 BB and 5 K's on 84 pitches.  The Cito had to get up off his ass and ask the umpire what the fuck is going on.  I'm sure he was busy thinking about nothing and didn't appreciate the interruption.  New play by play man Buck Martinez was trying to explain that their was some rule change this year but I was too busy hoping Cito was going to trip over something on his journey to the playing surface and break his hip.  First base umpire takes the ball from Camp and gets him a clean one.  It had something to do with licking your fingers on the mound or something.  Camp goes on to do what he does for two solid innings.  A walk, a strike out, two hits and no runs allowed.  Only one ball left the infield.  Boring but effective stuff.

Fast forward to the bottom of the eighth, game still tied.  Casey Janssen on for Camp.  He walks the lead off hitter and catching phenom Matt Wieters.  Buck Martinez goes on to talk about it for about the next 20 minutes.  Felix Pie, who has decent speed, pinch runs for Wieters.  Janssen gets the next two guys to fly out.  Then the unthinkable happens: line drive single to center and Pie SCORES.  A couple of things went wrong for us on this play.
First: Pie was going on contact.
Second: Vernon had to move more then 20 feet in order to get to the ball.
Third: The Orioles third base coach is an idiot.
Forth: Johnny Mac's relay throw short hopped Buck at the plate even though he had a TON of time to plant and throw.

So into the top of the ninth we go down only a run.  On to pitch for the Orioles is new closer LHP Mike Gonzalez.  E5 works a great walk to get us going.  Snider comes up with a hit and a walk against the lefty.  E5 moves into scoring position on a wild pitch during the at bat.  Cult hero Randy Ruiz makes his way out to the on deck circle to hit for the Rally Killer, Johnny Mac.  Twitter goes fucking nuts.....there was a Randy sighting!

Anyways, Snider rips a double to the wall for the game tying RBI.  Huge hit for his confidence.  The Cito must have felt validated by his decision to not pinch hit for young Snider against a tough lefty reliever.  So validated in fact, he calls Ruiz back and sends Johnny Mac up to hit.  Twitter goes fucking nuts again.  It was pretty obvious he was told to get the bunt down which would move Snider to third with only one out.  Two strikes later with no result, I was a little concerned.  But doesn't he turn and square again, this time getting it down for the sacrifice.  Mission accomplished.  Go ahead run 90 feet away with only one out.  Gotta say that is a ballsy and impressive call by the manager right there.  Bautista hits a fly ball to center for the go ahead run.  Snider gives his manager a high five that almost takes his arm off.  Jays up 7 - 6.

Bottom of the ninth we go up only one run again.  Closer Jason Frasor is unavailable because he worked all three games in Texas, so no one is sure who is gonna get the call.  I ask the masses over twitter: Who gets the ball Scott Downs or Kevin Gregg?  Everybody says Downs.  And The Cito picks Gregg.  Twitter fucking blows up again.

Gregg throws a clean 1, 2, 3 inning.  2 strikeouts including Tejada to finish it.  He looked comfortable.  He looked sharp.  We win.

LHP Dana Eveland makes his Blue Jays debut against RHP David Hernandez.  Hernandez was 4 - 10 last season with an ERA of 5.42.  He gave up 27 homeruns in 101 innings.

Can you say winnable game?

Player of the game for me was Travis Snider.  2 for 3 with a big run and a big RBI.  He hit righties.  He hit lefties.  He was patient.  He battled and refused to give in.  Even his only out was a productive one.

And I'm calling it right now: The Cito will stick him back in the nine hole tomorrow.  You watch.

Mike McCoy should get the start at second base for Aaron Hill until he is back after Johnny Mac's performance on offense and defense today.  Look for him to lead off.

That's all I got.  And if you aren't following GloBlair on twitter yet, you should be.  He is awesome.  Check it.

Posted by The Man With The Golden Arm at 9:36 PM