Game 22 Recap: So You Wanna Play With The Big Boys? 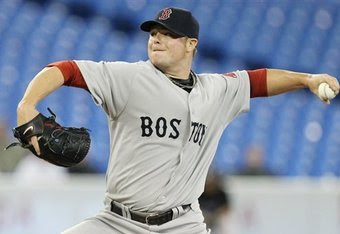 We have played six games against the Red Sucks and Tampon Bay and we are 1 - 5.

Do I have to remind you that, along with the Evil Empire, we play these divisional rivals 54 times combined this season?  The months of August and September are particularly brutal with 17 and 13 games respectively.  That should be right around the time we are running out the kids.

Let the calls for re-alignment commence.....now!

With respect to this game:

The Cito must have heard the collective voice begging him to pinch hit.  He sent three players up there in the eighth, representing the game tieing run and all three struck out.  FYI:  Probably won't be seeing that again anytime soon.

It was Major League debut time for LHP Rommie Lewis.  He logged one shut out inning, giving up one hit.  I think he looked good and probably could help us out down in the pen moving forward.

RHP Josh Roenicke got an inning as well.  He looks like he belongs in the Majors.  Nice moving fastball and decent breaking ball.  He faced the minimum and had two strikeouts.  It looked to me like he was loading up the ball.  Mr. Umpire asked to see the ball during the V-Mart at bat, which is quite out the ordinary.  If I had to guess, the Vaseline is on the brim of his cap.

By my count, E5 is eligible to come off the 15 day DL today.  We can send him down for a "rehab assignment" which could last up to 20 days.  The brain trust may choose to do that to buy some time before having to make a decision.  What I'm wondering is who gets sent down when he is ready to come back?

Anybody got an argument against sending down Ruiz other than the fact he is awesome?  He hasn't played much and has options.  What do you guys think?

Brian (Wolverine) Tallet is eligible to come off the 15 day DL in three days time.  He is out of options and must be put back on the roster.  He could go down for a "rehab assignment" of up to 30 days.  That seems likely to me at this point. 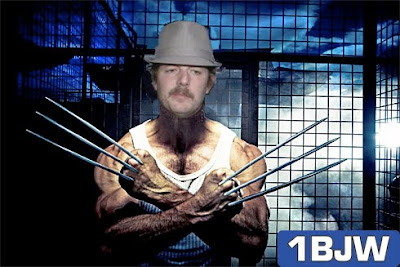 I will be going to my second game in the last three days tonight.  Forth game this season if you include the shitshow Opener.  On the hill for the 7:07 start:

Justin (my elbow, back and head hurts) Duchscherer