I was in attendance for this game and I walked away disappointed, not because we lost but more how we did it.  With both bullpens worn down from the 25 run marathon a night earlier, a good start was needed by Shaun Marcum.  And he did just that.  I'm not sure if he had his best stuff, but he was able to keep us in the game until the bullpen got the call.

Now most fans seem to be up in arms about his choice not to pinch hit in the ninth for John Buck.  I will give you that.  But it really should have been a tie game at that point.

Some notes from the game:

The closer you sit, the bigger the mistakes look..... 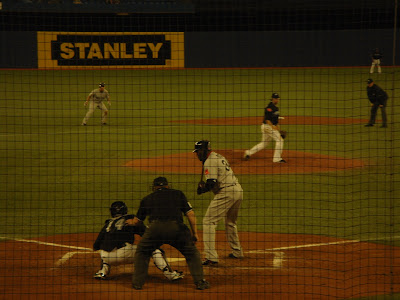 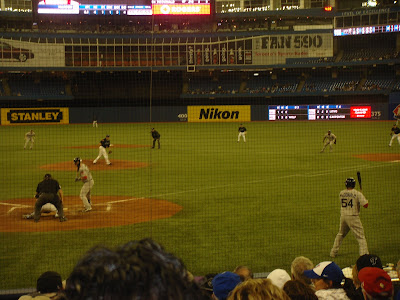 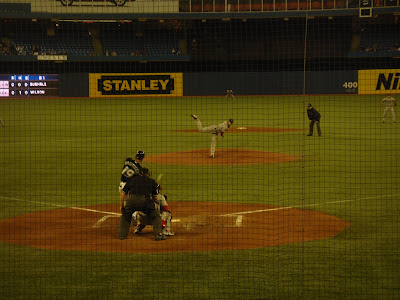 Ortiz getting pinch hit for was AWESOME.  Some Red Sucks fans in the row ahead of me actually turned around because of my laughter with a disgusted look on their faces.....and I then directed my laughter at them.

We lose 2 - 1 on tweeting Tuesday.  You would think the cheap bastards at Rogers would have wifi in the Dome considering they are in the fucking communication business.  Nope.
Posted by The Man With The Golden Arm at 4:53 PM