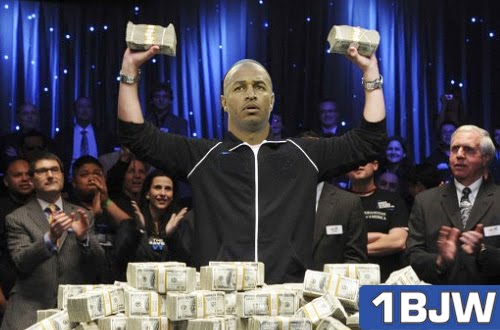 Today March 1, our centrefielder receives $8.5 million dollars.  That figure represents the final part of his $25.5 million dollar signing bonus, which is a term of his current contract.

I have said all I need to say about Vernon Wells before.  At least with him projected to be hitting cleanup, he will get the opportunity to put up some decent numbers:

"I want to be there," he said. "I want to get back to doing what I'm accustomed to doing and that's helping this team win and driving in runs."

I would prefer it if we put him in front of our reigning silver sluggers.  Jose Bautista had this to say about hitting in front of the big boys during the end of last season:

"In the leadoff spot, I saw a lot of good pitches to hit, so hopefully if I’m in there again, I can take advantage of that.”

Lyle Overbay had a lot to say on the topic and You Don't Know Dick actually wrote something insightful.  Click here for some of Dick's rare magic.

Now I'm not saying Vernon should lead off, although it is not the worst idea I have ever heard.  What I am saying is that Vernon NEEDS protection in the line up to be a successful hitter.

Lind and Hill = protection.  Overbay and E5 = not so much.

What are your thoughts on him hitting in the four hole for us?  Will he be successful there?
Posted by The Man With The Golden Arm at 4:19 PM