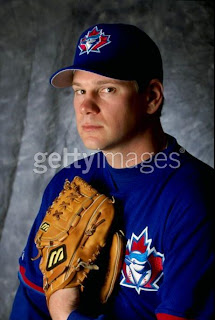 Look for RHP Jeremy Accardo, RHP Shawn Camp, RHP Jason Frasor, RHP Casey Janssen, RHP Shaun Marcum and LHP Brian Tallet to sign one year deals in the not to distance future thus avoiding the salary arbitration process.  Your Toronto Blue Jays have not gone to arbitration with a player since 1997.  Their last case to be heard was against Bill Risley in which the team won and he was awarded $380,00.  You will be hearing his name a lot in the coming weeks.

Brandon League has the toughest pitch in all of major league baseball to make contact with.  Let the second guessing begin.....now.