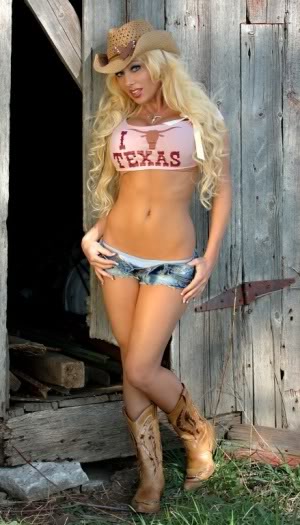 I think it’s safe to call Bautista the King of Left Field this season. His Majesty’s domain has seen 45 of his 50 homers, with left field defined as those home runs between 135 and 105 degrees on the above chart. The other 5 landed in the left half of center field.
Jose Bautista will, barring a minor miracle, lead the Major Leagues in home runs this season after toiling away in relative obscurity for the first six years of his career. Although his 20.9% HR/FB rate is a bit of an anomaly compared to his career numbers, it’s not that out there for someone with solid power in a hitter’s park. Nobody should be projecting Bautista for 50 home runs again next season, but there are certainly reasons to believe that he should continue to be a threat at the plate for the Blue Jays. Congratulations to Bautista on his majestic achievement.

"I think it's a combination of a lot of factors," explained Bautista. "Consistent playing time, great confidence that the team has shown in me, and confidence within myself - within my ability to play, and a lot of adjustments that I made at the plate and with the approach."
"Just the combination of all those factors and that I was put in a position to succeed, being the three hole hitter in the lineup for most of the season, all this has led to the success."

I had started a post on our cult leader due to the fact that at least 6 different people asked me how it was possible that he hit 50 home runs this season. Then I read this interview and it basically covered everything I was gonna say.

The thing that stands out about the 50-homer season, I think, is not so much who has done it but who has not. You probably know that Hank Aaron never hit 50 home runs in a season — that’s a rather famous trivia reference point. Aaron hit between 40 and 47 eight different times. Heck, he hit right on his number, 44, four times, which is one of the more artistic statistical anomalies in baseball history. But he never hit 50.
Harmon Killebrew never had a 50-home run season. Five times, Killer hit between 45 and 49 homers — and he hit 49 twice — but he never quite got to the half dollar.
Albert Pujols has not hit 50 homers in a season. Mike Schmidt… Willie Stargell… Willie McCovey… Reggie Jackson… Ernie Banks… Eddie Mathews… Frank Howard… Ted Williams… Frank Thomas… Frank Robinson… none of these great players and great home run hitters hit 50 home runs in a season.
And this year, Jose Bautista has done it. How does that figure?

A great read by a great writer.

The Blue Jays led all teams with four players on the list, two from the 2009 draft who earned a promotion partway through the summer—outfielder Jake Marisnick and first baseman K.C. Hobson—while 2010 draftees Kellen Sweeney and Christopher Hawkins accrued enough playing time to qualify. Toronto could have easily had six make it as righthanders Noah Syndergaard and Aaron Sanchez, taken in the first and supplemental first-round this year, performed well and have upside, but they barely missed the minimum innings requirement.

The future is so bright, I gotta where shades.

"It was clearly one of our core strategies to be big in Latin America right from 1977 right until the time that I left (in 1997)," says Beeston. "There was just a different philosophy that was being used by the previous regime and we kind of moved back to looking at players around the world and believing that we have to stockpile our organization."
The decision to withdraw from Latin America under Ricciardi was driven by the lack of resources that plagued the club during the start of his reign. There is no substitute for connections, relationships and deep, deep pockets in baseball's wild west, and with tight restraints on his budget, he chose to save his bullets for the draft, focusing on lower-risk picks that better control costs and don't take as long to develop in the minors.

It's gonna take a few years before this pipeline of talent gets reestablished. Once word gets out we got cash to burn, look for the young Latin players to come to us for our offer first and then shop it around.

Varying in size, there is a Latin corner in pretty much every clubhouse in baseball. The Toronto Blue Jays for instance, have from left to right in one corner, locker assignments for slugger Jose Bautista, shortstop Yunel Escobar and third baseman Edwin Encarnacion. Across from them, catcher Jose Molina is within shouting distance.
Sometimes such denizens integrate well with their North American counterparts, sometimes they don't, and working to avoid a toxic clubhouse mix is something the Blue Jays must do as they move back into the Latin American player market.
"It can go wrong, but that happens in life," says Bautista. "There always is a divide and there always will be. There are cliques here in the big-leagues. Look at our clubhouse. But that doesn't mean I don't like Vernon Wells or Casey Janssen. We just feel more comfortable being around each other, we have similar cultures and it's just a matter of being comfortable.
"It's up to guys to be able to learn how to have teammates."
That can be easier said then done.

An interesting look into the clubhouse dynamics of your Toronto Blue Jays.

The numbers Kevin Gregg, Scott Downs and Jason Frasor have posted this year will look pretty good on the backs of their respective baseball cards. Gregg has a career high 35 saves with a 3.38 ERA and 9.3 K/9; Downs has a 2.73 ERA with 7.0 K/9 and 2.1 BB/9; Frasor has a 3.75 ERA with 9.5 K/9 and 4.1 BB/9. But Downs says he looks for something else when evaluating his season.
“Staying healthy,” Downs said. “That’s the main thing. Staying healthy since it’s such a grind. It’s six months out of the year and your body goes through so much, so I think if you just prepare yourself mentally the best you can, if you stay together physically, things will take care of themselves.”

The Gods at MLBTR sit down with the backend of the pen. Frasor and Downs mentioned they would love to come back to Toronto. Gregg, not so much.

So what is the medical truth, if any, behind the necklace? Is it a sporting circle of life or destined to become a fad like the hula hoop, Slinky, mood rings or coonskin Davy Crockett hats? Does it actually have the healing and energy-giving powers it claims, or is it a horsehide version of the ’60s love beads . . . maybe “glove beads.”
There are skeptics. At worst it is a placebo, but perhaps if the athletes believe in it then it’s working. And as Billy Crystal’s character Fernando used to say on SNL: “You look mah-vellous. It’s better to look good than to feel good.” The Phiten is striving to do both.

Lay off the booze before you write Dick. Jesus.