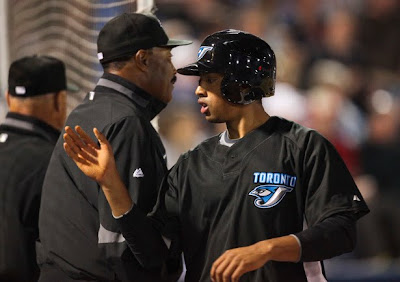 Your Toronto Blue Jays selected Justin Jackson in the 1st round, 45 overall, of the 2007 Amateur Draft.  He was given a $675,000 signing bonus to forget about college and start his pro career as a shortstop.

A second generation baseball player, his father Chuck was a seventh-round pick of the Houston Astros and played 82 games in the majors, Justin is an athletic defender with a great eye at the plate and above average speed.

Still just 21 years old, injuries have slowed him down a bit this season.  He was sent to Lansing to get some playing time, specifically at bats, and experience at 2nd and 3rd base.

Here is a look at his pro stats:


Our boy Jesse caught up with him last week for an interview.  Check it: